“My father taught me everything: to recognize beauty and to look for inspiration in fashion, art, architecture, and nature!”  René Caovilla

Rene Caovilla is one of the most prestigious Italian footwear brands, involved in the development, tailoring, and sale of luxury shoes on the world market. 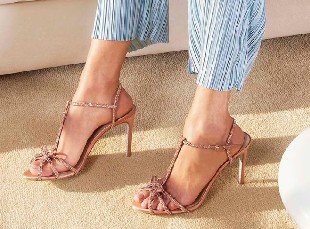 Eduardo Caovilla founded his company in 1928, being inspired by the shoes that his wife made by hand, decorating them with embroidery and stones. 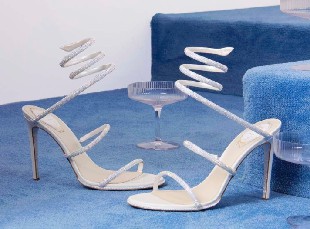 In the 1950s, the son of Eduardo, Rene, inherited the company and became famous for their architectural approach to every silhouette and their filigree work with precious stones. 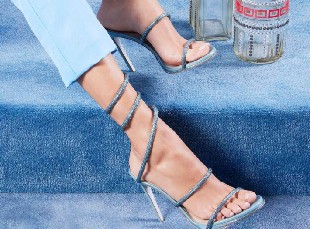 In the 1950s, the son of Eduardo, Rene, inherited the company and became famous for their architectural approach to every silhouette and their filigree work with precious stones.

Since the 1970s, the company has provided its footwear for the Valentino runway shows. In the 1990s, the brand continued its collaboration with Christian Dior and Chanel. In 2000 they decided to start production under their own name. At that time, their first boutique was opened in Milan.

“The key to success in business is our constancy,” says Caovilla who has been crafting iconic shoes for more than 80 years.

The house gave the world a cult model of the sandal – with a strap that wraps around the ankle like a snake, an unspoken symbol of the brand. For the first time this model appeared at one of the Valentino runway shows.

There are a lot of celebrites among the fans of this brand such as Elizabeth Hurley, Cameron Diaz, Jennifer Aniston, Alexa Chung, Catherine Zeta-Jones, and others.