– a prestigious and promising American brand that produces fashionable clothing for women.

TORY BURCH ACCESSORIES
are characterized by simplicity and elegance, but there is always an element that gives them a special flair. 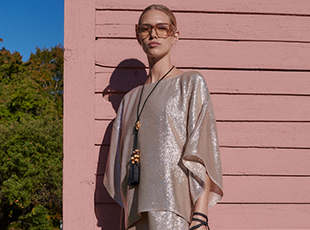 TORY BURCH BAGS
– not very big in size, but create a unique and elegant style. The zest of the bag is a charming bug-lock resembling a “ladybug.” 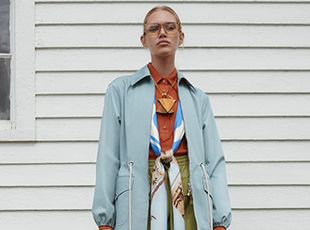 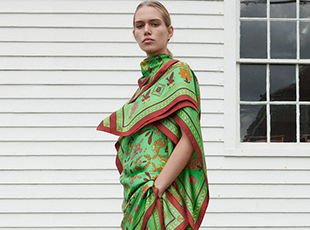 "Tory Burch is the style for women who prefer classics, but at the same time are not afraid to experiment"

The Tory Burch fashion house was founded in 2004 and immediately became very successful and popular. Tory Burch’s creations are very interesting for their bright colors and prints, simple but elegant silhouettes, and comfort. Tory Burch’s style can be described as simple chic.

Tory Burch is designed for those who know a lot about fashion and at the same time do not depend on it.

Tory Burch was born on June 15, 1966 in Philadelphia. She graduated from the University of Pennsylvania, where she studied art history. Then she moved to New York, where she began a career working with well-known American fashion designers. Tory Burch was a copywriter for Vera Wang, Polo Ralph Lauren, and Loewe, and worked at Harper’s Bazaar magazine.

In 2005 Tory Burch won the Rising Star Award for the best new retail concept from the Fashion Group International. In 2007 she won an award from the Accessories Council of Excellence. In 2008 the Council of Fashion Designers of America chose Tory as the best accessories designer. Winning this nomination, Tory Burch beat such serious competitors like Marc Jacobs and Michael Kors. Tory Burch became one of Oprah Winfrey‘s favorite designers, who contributed a lot to the success of the brand.

Tory Burch design was popular with the viewers and fans of the TV show “Gossip Girl.”
Today, the Tory Burch Company produces clothes, jewelry, shoes, handbags, and accessories. It has 16 flagship stores in the United States and 400 stores worldwide.