THE SECRET of success for this brand is the masterful combination of modern design art and the classical principals of female beauty. The girl and her natural beauty are the center of attention. 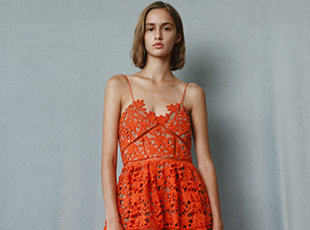 SELF-PORTRAIT collections are designed in a classic feminine style, built on the contrast of tenderness and strictness: leather and lace, light chiffon and a structural cut, and geometric and loose silhouettes. 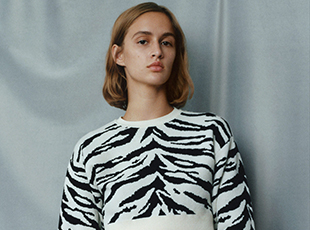 THE LACE MIDI dress designed by Self Portrait was introduced in 2014 for the first time and immediately became incredibly popular. The outfit looks equally good both on the red carpet and on Instagram.  The Guardian newspaper named the dress as the “main dress of the selfie generation.” 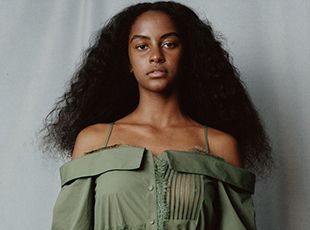 Before launching his own brand, the Malaysian designer Han Chong studied at Central Saint Martin’s and headed the urban label Third Floor. Living in the UK he realized how popular urban style can become. Therefore, when he launched Self Portrait in 2013 Han Chong made an accent specifically of the images of young residents of mega cities.

Han Chong personally takes part in the creation of every single item. The designer carefully works out the smallest details to refresh the classic silhouettes. He manages to combine sensual femininity with touch of sport style.

Han Chong does not hide that he is inspired by street style, and his muses are the young beautiful girls who dress with taste and practicality. The London label Self-Portrait, created by the Malaysian designer, offers both unisex design and more feminine models, for example, cocktail dresses.