– one of the most famous and important Italian and international luxury brands.

FERRAGAMO CLOTHES
are timelessly elegant. Everything is impeccably tailored and very practical. 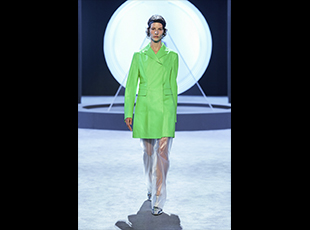 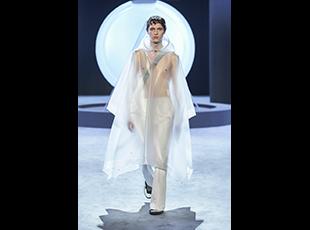 SALVATORE FERRAGAMO SHOES
are not only catchy, but also classic. And year after year designers create shoes from the sketches of the founder of the company. 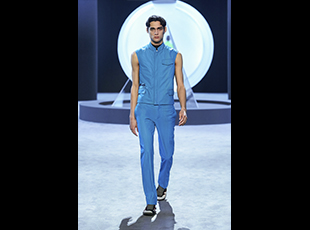 "High fashion and comfort - are inseparable"

The motto of the Salvatore Ferragamo

Salvatore Ferragamo was born June 5, 1898 in Bonito near Avellino, the eleventh of fourteen children. After the age of nine he made his first pair of shoes for his sister and he decided that he had found his calling. After a year of studying shoemaking in Naples, Ferragamo opened a small shop in his parents’ house. In 1914 he immigrated to Boston, where one of his brothers worked in a cowboy boot factory.

Ferragamo has always been recognized as a visionary and his designs ranged from the strikingly bizarre works of art to the traditionally elegant.

After some time, Ferragamo convinced his brothers to move to California, first to Santa Barbara, and then to Hollywood, where he achieved success by opening a repair shop and manufactured custom-made shoes, which were popular with celebrities, leading to a long period of designing footwear for cinematography. However, his thriving reputation as the “shoemaker to the stars” only partially satisfied him. He could not understand why his shoes delighted the eye, yet damaged the leg, so he continued to study anatomy at the University of Southern California.

After thirteen years in the United States, Ferragamo returned to Italy in 1927, this time settling in Florence. He started to make shoes for the wealthiest and most powerful women in the century: Maharani Cooch Behar, Eva Peron, and Marilyn Monroe. He opened a workshop in Via Mannelli, concentrating his efforts on experimenting with design. Although he filed for bankruptcy in 1933 due to poor management and economic pressures, Ferragamo, expanded his company during the 1950s to a workforce of about 700 skilled craftsmen who produced 350 pairs of handmade shoes daily.

Salvatore Ferragamo died August 7, 1960 at the age of 62, but his name lives on in his international company that has expanded his activities to include luxury shoes, handbags, eyewear, silk accessories, watches, perfumes, and a ready-to-wear clothing line. After his death, his wife Wanda and later their six children (Fiamma, Giovanna, Fulvia, Ferruccio, Massimo and Leonardo) ruled Ferragamo.
His most famous invention – perhaps the “square heel.” Fiamma (Salvatore’s eldest daughter, who died in 1998) inherited her father’s inimitable talent and came up with the “boat” in 1978.

The Ferragamo family owns the company.

During his life, Salvatore Ferragamo won about 300 patents, and they all relate to the shoe. Ferragamo invented “invisible” sandals, cork wedge heels but the most important discovery of the designer-shoemaker Salvatore Ferragamo is considered a special type of heel, called the stiletto – (dagger). Marilyn Monroe modeled the first example of this invention in 1953. In the famous scene where the wind out of the subway blew Marilyn’s magnificent white dress, the star was wearing Salvatore Ferragamo shoes. Those shoes were sold for 48 thousands of dollars after Marilyn’s death.