Off-White is a message about independent spirit and self-identification.

In 2009, Abloh began his fashion career as an intern at Fendi. Later, he managed to work on collections with Giuseppe Zanotti, Riccardo Tisci, Olivier Rousteing, and Takashi Murakami. 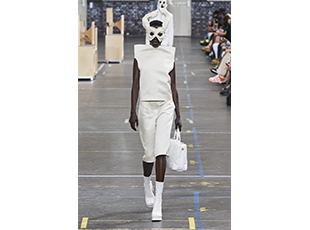 In 2003, Virgil became a Creative Director of the Kanye West agency. In this position, he was engaged in the merchandising and organizing of concert tours for the rising star. 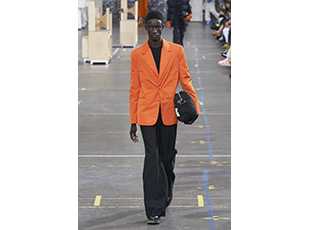 Virgil Abloh was born in 1980 in the United States to immigrant parents. He didn’t study to be a designer, but he has a degree in civil engineering and architecture – this explains his love for pure lines, which led to the creation of a recognizable Off-White print in the form of diagonal stripes. 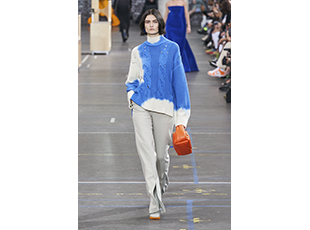 “Fashion can easily reject something too simple – a t-shirt, for example.  I built my entire brand around it.”

“The stripes on things from my collections are a message that those who understand can read. These are not cult things, as before, this is a whole social network.”

“This is the era of street style – a time for self-expression, logos, irony, and satire. But it is also time to be chic, sophisticated and noble. Just like Off-White.”

“In the workshop we tailor complex silhouettes, but at the same time I have a thousand ideas for designing t-shirts. That’s the whole point of Off-White.”

“I am well aware of how much my clothes cost. These are designer things, they have a concept behind them, they were sewn at the factory in a very short time – and this also affects the cost. I didn’t launch the brand in order to sell cheap things.”

“From childhood, I wanted to create something. No matter what”.

In 2012, Virgil launches his first solo project – Pyrex Vision. The idea of ​​combining high fashion and streetwear was realized in an unusual way: the designer customized the clothing of famous brands, applying his own prints to them.

In 2014, Off -White was launched, and its collections were no longer limited to T-shirts and sweatshirts. Abloh has a delicate sense of time and smartly dissects streetwear. He is inspired by the pop culture of the 1990s and, of course, the images of young people on the streets.

At the age of 33, Virgil Abloh has achieved world fame. He became a member of Pitti Uomo 92, where he created a light installation in cooperation with the famous feminist artist Jenny Holzer, joined the CFDA, and released a collaboration with Nike, making changes to 10 iconic models of the brand’s sneakers.

In 2018, Virgil Abloh became the creative director of the Louis Vuitton menswear line.