“When a woman puts on a heel, she has a different posture, a different attitude. She really stands up and has a consciousness of her body.” 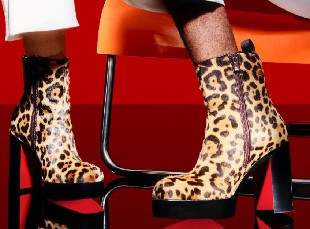 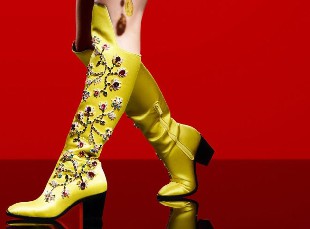 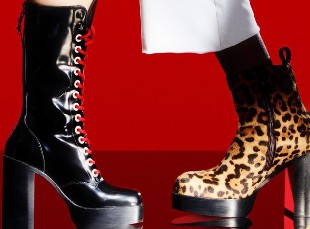 Christian Louboutin was born in Paris in January, 1963.

At the age of twelve, he painted his school notebooks with all sorts of sketches of women’s shoes. At that time, according to Christian himself, he was inspired by images of dancers, which is reflected in his shoe models that look a bit theatrical with their bows and ruffles, creating an additional dimension to walking.

At the age of 16, Louboutin studied design at the Charles Jourdan fashion house, and then worked as a freelance designer at Chanel and Yves Saint Laurent. During that time Louboutin came up with new stilettos in a shape that emphasized the curves of the female foot.

At the age of 25, the designer opened his first boutique at Passage Vero-Dodat in Paris and officially registered his brand, Christian Louboutin.

In 1994, the first collection of red-soled shoes appeared. This idea was patented and called “Follow me.”

In 1996 the new collection “Lucite” appears. The main feature of this collection was transparent heels with some small objects or flowers inside. Christian Louboutin designed special shoes for the actress Arielle Dombasle, inside the heels of which were love letters.

2010 is celebrated by several innovations of the master. The most important idea was a collection of shoes with colored straps named “Lively” after the actress and model Blake Lively. In the same year, “Footwear News” recognized Christian Louboutin’s shoes as the sexiest footwear.

2011 is remarkable for the release of extreme-high heel shoes – twenty centimeters. The designer was inspired by the ballerinas and the position of their feet during the dance.

In 2012, the “Christian Louboutin” brand celebrated its 20th anniversary.