Jeans are no longer trousers for work but the way of life and a vivid means of expression of individuality.

THE FEATURE
of Jacob Cohen jeans is the ideal fit. 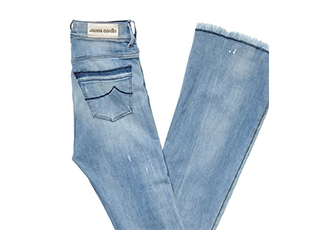 THE DESIGNER
uses the Japanese denim fabric, Kurabo. This fabric is produced by an old technology of stretching of fabric on huge frames by hand. That creates a very limited quantity of the exclusive fabric. 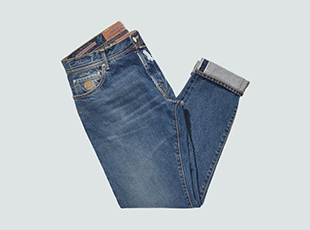 LABELS
are made out of pony leather, buttons are silver with chain stitches – all these characteristics have made Jacob Cohen jeans the most exclusive jeans in the world. 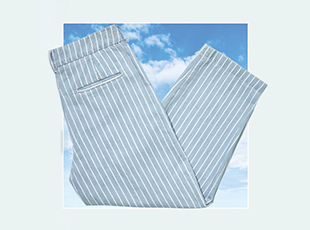 "I created the perfect jeans, like I would like to wear: comfortable, elegant and perfectly suitable even for those who are not familiar with denim fabric."

Founding the “denim brand” in 1985, made Tato Bardelle, which at that time was already a success, establish other popular brands of clothing.

Each buyer receives a special gift: small piece of fabric to wipe the buttons to ensure that they never fade.

At the end of the 20th century, there was a temporary ideological crisis, but in 2003 it stopped. New life was breathed into the ideas of the original brand Tato Nicola Bardelle, by the founder’s son, who to this day is the chief designer of the brand Jacob Cohen. According to him, jeans can become one of the most popular items of clothing.

From early childhood Nichola loved to play with fabrics, experimenting with combinations of textures and colors. Becoming a creative designer of
Jacob Cohen, he sought to create a universal model of jeans that would be practical, looked versatile and suitable for wearing in all conditions of life. The designer was the heart and soul of the brand and was able to realize their dreams in life and create beautiful jeans, many of which are now sold around the world.

The designer gave the world a whole new perspective on jeans, and after a long time of hard work presented his first collection of clothes. It was those luxurious jeans that immediately became a huge success in the fashion world.

Even the most demanding lovers of fashion denim remained satisfied with Jacob Cohen collections.