ELIE SAAB  is considered the first designer to successfully combine both cultures –East and West–in the fashion world. A surprising combination of European refinement, Hollywood chic, and oriental ethnic flavor. 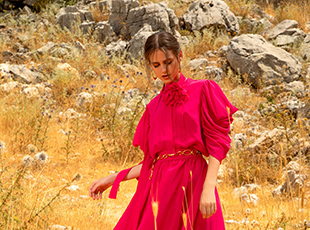 THE FAMOUS  publishing house Assouline released a book about Elie Saab’s work. There are 200 illustrations – sketches, photos of celebrities wearing the designer’s outfits, stories of his life, fans, and much more. 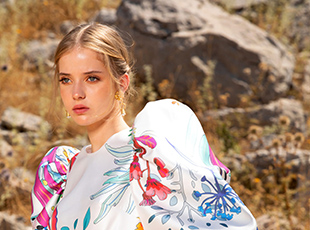 THE IMAGE of the woman for whom Elie Saab creates outfits is elegant and glamorous. The unique cut favorably emphasizes her shape. 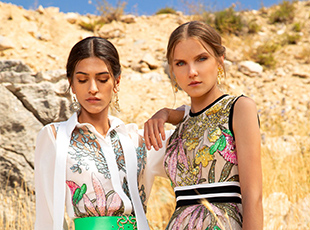 "Fashion for me is an opportunity to engage in creativity, without boundaries and limits."
- Ellie Saab

The founder of Elie Saab was born in Beirut on June 4, 1964. His parents noticed his interest in design when he was a little boy: at the age of six, Saab began to draw his first sketches, sewing dresses for his sisters. In 1981, the young Saab moved to the capital of France to study fashion design and one year later he returned to his homeland and founded his own company in Beirut. He was only 18 years old at that time. The first fashion show of the designer’s creations took place in his native city, and in the 90s the brand became popular all over the world.

In 1997, Saab became the only fashion designer who wasn’t Italian that joined the National Chamber of Italian Fashion. A year later, the brand presented the pret-a-porter collection at Milan Fashion Week and two years later–in Paris. Elie Saab remained in the capital of the fashion world and founded his headquarters in the “Golden Triangle.” Since 2005, Saab has shown his pret-a-porter collections in Paris every season.

Today the company owns more than 60 boutiques around the world. Offices are in the UK, USA, Russia, and Hong Kong.

Elie Saab finds his inspiration mainly in his homeland. He is proud of his country, people, and the rich and diverse culture of Lebanon. It is here that he supports and develops his creative skills and talents.

The first star who choose an Elie Saab dress for the red carpet was the Hollywood actress Holly Berry in 2002. Since then the super stars keep their eyes on this brand. In the dresses of the brand you can see Dakota Fanning, Gwyneth Paltrow, Anna Kendrick, Rihanna, Angelina Jolie, Hilary Swank, Sharon Stone, Dita von Teese, Mila Kunis, and many others.