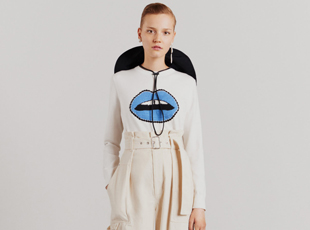 His favorite topics are sparkling décor, prints and slogans that are particularly appreciated by creative fans, who also prefer comfort. Today, the range of the Markus Lupfer brand is filled with luxury shoes and accessories. 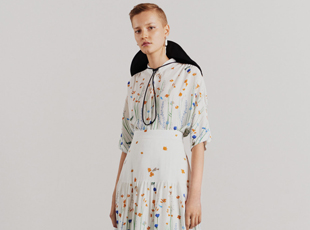 Marcus Lupfer’s collections are based on an ironic approach to clothes, innovation and surreal prints, embroidery, and graphics. 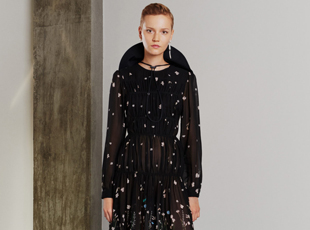 “Marcus Lupfer acted very smart, turning his sequined sweaters into something like a cult. His creations amaze with their balance between simplicity and sophistication, between humor and ingenuity.”

“These clothes make people – from teenagers to adults – smile and feel great in almost any environment.”

Marcus Lupfer founded his brand in 1999.

The designer was born in Germany but spent a significant part of his youth in the UK, where he studied at Westminster University.

Editors of fashion magazines adore Lupfer: he is one of the few designers who splendidly presents complicated materials such as knitwear, cashmere, and sequins.

In 2001, Lupfer won the British Fashion Council New Generation Award. This recognition helped the designer to start his own fashion shows. Lupfer has become a regular participant in London Fashion Week.

In 2006, Lupfer was appointed as director of design for the Spanish Fashion House, Armand Basi.

In 2008, he received the “Best Designer of the Year” at the Prix de la Mode Awards ceremony in Spain.

In 2010, Marcus Lupfer demonstrated his own brand’s collection as part of the Mercedes-Benz Fashion Week in Berlin.  He presented his iconic outfits with prints of lips.