“Our design is very recognizable, and it is impossible to mistake it for anything else. It immediately attracts your attention.  I don’t think the bag would be so successful if there weren’t people taking pictures of it everywhere.”

The attention to the environment is also very Important for Cult Gaia. That is why the brand is trying to use environmentally friendly production technologies. 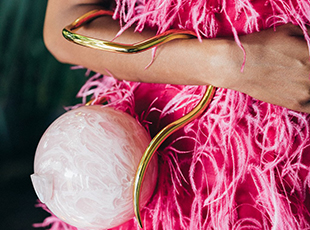 Cult Gaia collections perfectly combine vintage and sensuality.  The brand philosophy is centered around a large-scale idea: to make things as ethically as possible. 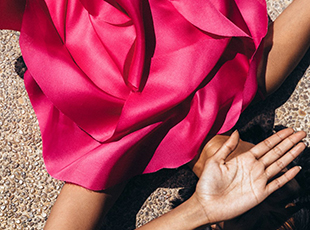 Thanks to this bag, the brand instantly caught the attention of fashionistas worldwide.  During the same 2017, Larian released her first clothing collection. 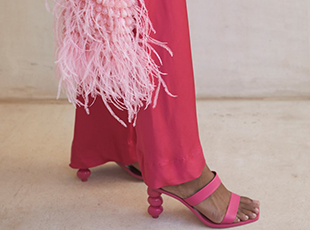 “We created a bag that instantly became recognizable.  Caring this bag, you would get as many compliments as you have ever been given before.”

The Cult Gaia brand was created in 2012 by Los Angeles designer Yasmine Larian.  Larian’s mother was a clothing designer and her father was a designer of the famous Bratz dolls.

The brand name is associated with the Greek mythology goddess Gaia – the daughter of Chaos who related to the creative beginning.  Cult Gaia’s DNA is based on the idea of ​​creating Works of Art.

Los Angeles designer and a graduate of the Fashion Institute of Technology in New York, Larian was always one step ahead in her business, one of the first to decorate her head with a crown of flowers and a turban during music festivals, and then she created a cult accessory.

The 2017 year. That was the year when an iconic architectural bamboo bag, Arc, was created and immediately appeared in millions of Instagram accounts.  Right after releasing this bag it gained “must have” status and keep continuing to attract attention to this day.  It is impossible not to recognize it due to its shape, graphic design, and rigid structure.  Later, in addition to the bamboo model, an acrylic version also appeared.