This is the recognizable luxury of evening, cocktail and wedding dresses, an ode to sophisticated sensuality, and a modern approach to timeless, romantic silhouettes. 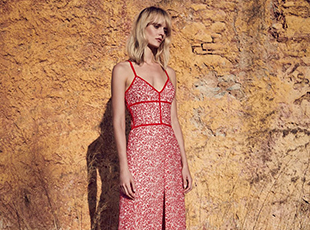 The design of the collections combines a particular sophistication related to cult vintage images and the eternal beauty of the past in the present. 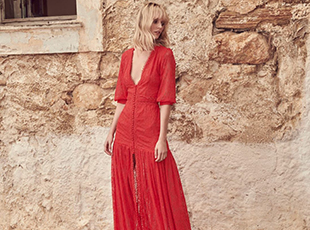 Today, Christos Costarellos is considered to be the one of the most successful bridal and prêt-à-porter fashion houses in Greece. 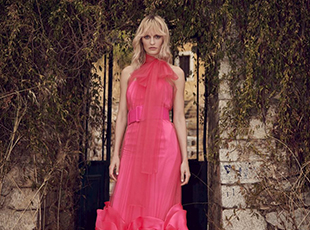 The Christos Costarellos Fashion House was founded in 1998 and specializes in luxury women’s fashion within the niches of prêt-à-porter and haute couture.

Christos Costarellos is a Greek designer, who was born in Dusseldorf, Germany.

The designer’s parents were directly involved in the fashion industry, so Christos’ future was predetermined from childhood. He studied fashion design at the Dimitrelis Fashion School in Greece, and then went on to design theater costumes at the London College of Fashion in England.

The first Costarellos atelier in the center of Athens focused on exclusive clients who appreciated the designer’s skill in sewing, finishing details, and special couture techniques.

Soon, Christos Costarellos’ collections were recognized by the most stylish women of the world for their unique elegance and almost unreal romantic character.

By 2000, the company expanded due to two new workshops that were developing prêt-à-porter collections, as well as Sur Surure in-house service (creating individual high couture outfits).

In 2005, Christos Costarelos joined the initiative of the Greek Association of Fashion Designers to host the annual Athens Fashion Week.